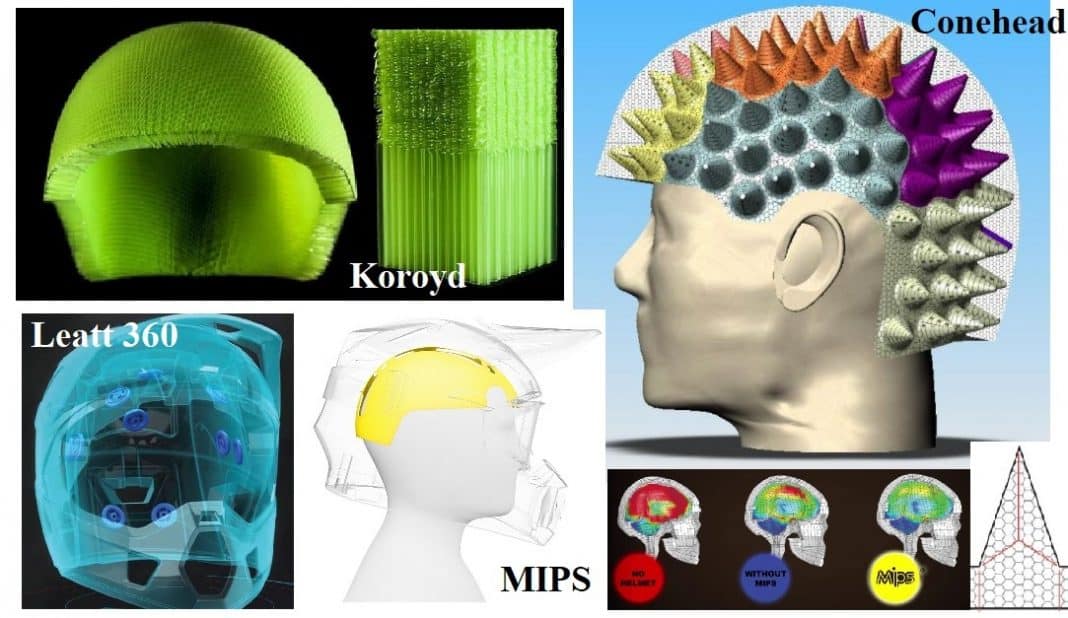 Developed by KTH Royal Institute of Technology and the Karolinska Institute in Sweden, this patented safety model took 20 years of research to develop.

MIPS is a low friction layer built into a helmet during the manufacturing process.

In the event of an angled impact, this layer allows for a multi-directional movement of 10-15mm. As a result, this slight movement inside the helmet redirects the main force of the impact away from the head to reduce the risk of brain injury from the angled impact.

Adding the MIPS layer to a helmet increases its weight by 25 to 45 grams, depending on helmet size and model.

According to the MIPS website, you can expect to pay an additional $13 -$66 for MIPS.

This is not a budget feature, MIPS is only found in higher end helmets, so expect to pay more.

MIPS is used by 140 moto brands including Bell, Thor and Fox Racing.

In addition to moto helmets, the MIPS helmet technology is also used in helmets for climbing, biking, snow sports, horse back riding and team sports such as hockey.

Developed and owned by Strategic Sports LTD, Conehead is on its fourth generation of development and improvement.

This ATV helmet technology consists of two layers, an EPS (expanded polystyrene) layer and the proprietary layer of “cone” EPS built into the helmet liner.

With this unique design, energy disperses sideways within the foam instead of towards the head. So, in the event of an impact, this results in a lower g-force to the head.

Compared to normal structures, the cone design reduces g-force by 25%. In addition, the cones are also beneficial to helmet size and weight as they reduce overall mass by 15%.

Because of all these advancements, each successive generation reduced both g-force and mass.

This original design reduced G-forces by 25% and overall mass by 15%.

Trigon Conehead further reduced G-forces by 4% and overall mass by 3% when compared to the original design.

Dual Conehead improved on Trigon with an additional 2% reduction of G-forces and a 6% reduction in mass.

One big benefit of the cone design is that it results in a smaller and lighter helmet without sacrificing safety. Overall, the Conehead design can reduce the overall mass of a helmet by 18.5%.

Unfortunately, all these technological advancements come with a higher price tag. As with MIPS, you can expect to pay upwards of $50+ for this premium feature.

Companies that use MIPS use MIPS branding, but with Conehead this is not the case.

A few companies rebrand Conehead with a different name. For example, Kali Protectives is using Conehead technology as Composite Fusion Plus.

Can’t say I disagree with the rebrand – Composite Fusion Plus is a whole lot sexier than Conehead.

360 Turbine Technology is the proprietary safety technology of Leatt, a South African based company specializing in moto and mountain biking safety equipment.

Leatt has a poignant, but significant origin story.

At the time, Dr Leatt was in the process of specializing in neurosurgery. But, he left his medical studies to turn his attention to developing safety equipment for moto racers.

Helmets are lined with a set of small disks (“turbines”) made of Armourgel, a non-Newtonian polymer, that can absorb energy.

These turbines allow the head to move slightly inside the helmet during a crash.

In a crash, the turbines deform and bend. This reduces rotation acceleration to the head and brain and absorbs energy to reduce the risk of concussions.

Currently their least expensive moto helmet is $190 with prices going all the way up to $550.

Leatt does not license their 360 Turbine Technology to other brands, so they are the only company utilizing it.

Founded in 2010, Koroyd is an interesting entry into the helmet technology field.

The first products Koroyd released were military applications with their first contracts filled in 2011.

The company quickly expanded into snow sports and industrial applications in 2012.

In 2014 they got into the moto industry with the introduction of body armor, but it wasn’t 2017 until they finally advanced into the motorcycle helmet industry.

In the simplest terms, this protective structure resembles drinking straws.

Tens of thousands of tubes made of co-polymer, a plastic material, are heat welded together to form a honey comb like structure.

This structure has several excellent benefits.

One of the best benefits is that this structure is 95% air which makes it incredibly light without sacrificing safety.

In the event of an impact, the Koroyd tubes crumple to absorb the force in a controlled manner to minimize the energy transfer to the head.

This means that a traditional foam helmet would have to have a thicker layer of foam in order to achieve the exact same level of protection as a Koroyd helmet.

Koroyd technology has been scientifically tested for both direct and indirect (angled) impacts. It is touted by the manufacturer as superior to other helmet technologies in both of these accident scenarios.

Due to its hollow tube structure, this ATV helmet design offers a lightweight airy design.

Some of these safety advances tout their success with reducing rotational injuries.

But, DOT, SNELL, ECE and other certification programs don’t include rotational motion testing in their current safety tests.

This may change in the future as research and testing evolve and improve.

So, these helmet technologies are not required as part of the safety certification process with DOT, Snell, ECE, etc.

They are an additional feature that is added to a helmet for increased protection.

Fastest ATV On The Market – Factory Stock With No Mods

Extreme Off Road UTV Trailers Made For Adventure